As the trial against Genaro Garcia Luna unfolds in a NY federal court, new details are emerging about what this favorite US ally was actually up to when he was both head of Mexico’s domestic security agency (Mexico’s version of the FBI) from 2001 to 2005 and a key strategist for Felipe Calderon’ phony drug war from 2006 to 2011 in Mexico’s equivalent of the Homeland Security agency.

In New York, Garcia Luna is facing corruption and drug-trafficking charges in the US. In Mexico, his money has been frozen while his trial is set to begin in early April 2020. He has entered a plea of ‘Not Guilty’, while many had originally anticipated that he would negotiate.

The details that will emerge during the trial should clarify what activities the government was long aware he participated in while a favorite Obama administration ally.

One such activity alleges Anabel Hernandez is plotting her assassination. A member of the US DEA contacted Hernandez to notify her that an open contract was taken out on her life in 2017. The money and order for her potential killing was alleged to come from Garcia Luna. For years, Hernandez has used private security and government security too.

The first trace of evidence for these and other claims lies in the arrest of Ivan Reyez Arzate, an intelligence aide who followed Garcia Luna from his tenure under the corrupt Vicente Fox administration to the Felipe Calderon administration. In a US federal court, Reyez Arzate declared in 2018 that Garcia Luna and others would divide millions in drug cartel kickbacks.

Reyez Arzate was also in close contact with hit squads tasked with targeting rival cartels, witnesses and journalists who reported on any aspect of government corruption.

While contacts between the criminal underworld and Garcia Luna occurred in parallel, the Sinaloa Cartel has long been alleged to have also had links and contacts with the DEA. From 1998 to today, they have established a working relationship with American federal agents in exchange for protection and intelligence on other drug cartels.

You can see some of our earlier coverage on that topic here: “Fast & Furious“.

The ATF in 2010 was discovered to have trafficked over 2000 guns in a bid to track them for intelligence purposes. The operation was called ‘Fast & Furious’. Rather coincidentally, they mostly fell into the hands of the Sinaloa Cartel, which would establish a quid pro quo relationship between middle and high level operatives of the US federal government and the Sinaloa Cartel. Mexico still remains in flames because of these policies.

The UCLA Chicano Research Center has continued to preserve key aspects of Chicano culture. Creative efforts have leveraged resources from within the community to preserve identity and memory of Chicano culture. An interesting excerpt from an LA Times article here notes how a class based bifurcation occurs within the Chicano community, which is often exploited by conservative forces.

“The Mexican labels didn’t think poor people bought records,” Strachwitz says. “What the American labels understood, and still understand, is that poor Mexicans in the U.S. are strongly connected to their music and will spend all they have to buy it.”

Because it is so often associated with poor people and immigrants, much Mexican regional folk music, modern and historic, remains a source of ridicule for assimilated middle- and upper-class Latinos, including many in Los Angeles, according to Hernandez.

For that reason, he says, it is much more common to find assimilated and educated Chicanos dancing to Cuban son, Puerto Rican salsa or Spanish-language rock than to corridos or norteños–because the other genres are associated with middle- and upper-class values.

The article recalls when a UCLA researcher connected an effort to preserve a vast collection of Chicano music and paired it with the financing from superstars, los Tigres del Norte. 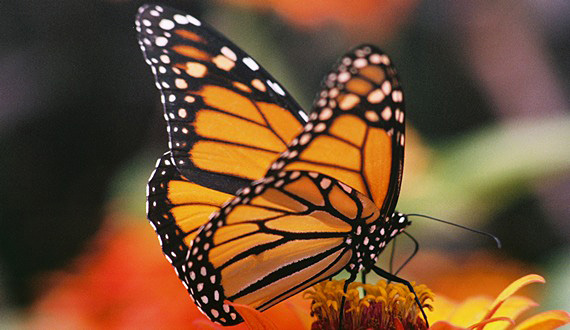 A conservation activist in Mexico is thought to have been kidnapped due to his activities protecting Monarch butterflys in Western Mexico.

The activist was alleging in various articles, forums and interviews that Illegal logging connected to US and Canadian timbre companies was causing the disappearance of butterflies. Environmental damage is often caused by foreign corporations who do not live in the communities whose environment they destroy.

There is no merit to this myth. There was no other worldly perception of the Spanish, nor were they doing anything that would warrant that perception.

What did the Spaniards bring to the continent? “Armor, crossbows, harquebuses, certainly—but also horses [..]” along with disease, rape and an odd mix of genetics from past colonization done unto them from Arab Moors.

A new article on JSTOR News reviews these bogus claims and debunks them.

See it here: Link To Story.