Night falls in Oaxaca. Internet is to be cut off soon. Electrical outages are imposed upon the population to ensure an information blackout. The Mexican government has been forced back from even more brutal repression simply because a foreign news agency confirmed the existence of such repression - what is next? 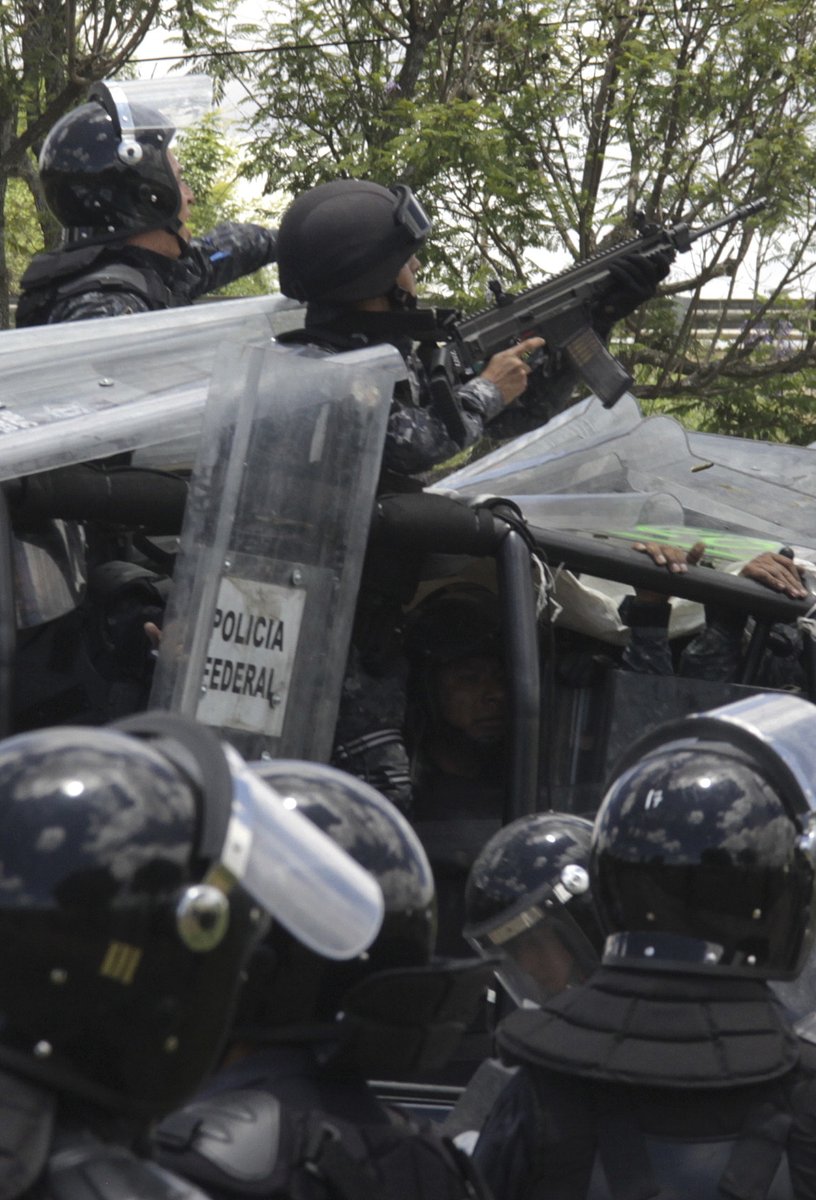 La Cartita --- Night falls in Oaxaca. Internet is set to be cut off soon. Electrical outages are imposed upon the population to ensure an information blackout. The Mexican government has been forced to correct the record about its presence in Oaxaca because a foreign news agency confirmed the existence of such repression - what is next?

Yesterday, a major operation was undertaken by the federal police of México in Oaxaca. Blackhawks, AR-15's, tactical gear, Berreta sidearms, and tear gas were among the weapons deployed, but the battle was not against monied narco-traffickers. The official enemy was the well organized CNTE, the national teachers syndicate that has dug down in the center of Nochixtlan, Oaxaca against the imposition of foreign conceived privatization/education reforms. So far, 6 civilians have been killed by Federal Police forces for their links to activism. Additionally, a medical checkpoint set up to treat the wounded was tear gassed by federal police.

To make matters worse, the government has set up false twitter accounts to increase the confusion online, spamming the hashtag #Nochixtlán and now hoping to eliminate the blockade with a power outage. Over 40 civilians have been injured. Among the dead are heads of households. Families are destroyed. 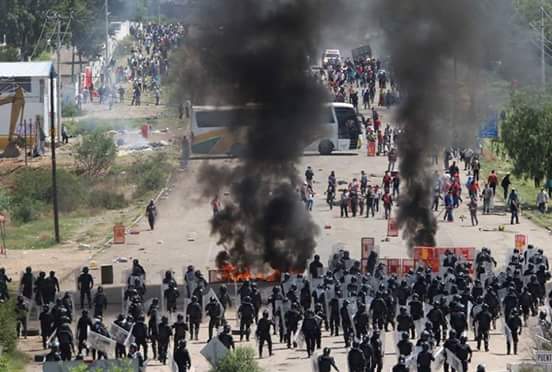 What is the conflict about? Education reforms that slash job security, impose standardized testing that are rooted in pro-US based business ideology. Foreign publishers stand to gain from an expanded market in curriculum design for the 'reformed' Mexican education system. Applauded from abroad, the education reforms are constantly given favorable press; this suggest that people of México are more than simply "entertaining the thought of sacrificing landmark education and economic reforms". Such a reading is a false narrative erected to dissociate outrage against corruption and outrage against privatization. To Mexicans, these things are one in the same as evidenced by how the privatization reforms are actually imposed.

Mexicans are fed up with malicous US economic intervention. Most foreign media, failing to understand the deep unpopularity, along with actually ideologically being in favor to privatization schemes, opted to represent the current repression of Oaxaca teachers as a 'battle', implying something other than a disproportionate use of force. Like always, US based media are simply out of touch. The AP stated early on during their coverage that "riot police use a rifle as they battle with protesting teachers", but almost reflexively, the news agency assumed that the police were responding in a manner similar to a riot. Rhetorically, if this were the government of Bashi Al-Asad, would the AP hesitate outright to condemn the heavy security force presence? I doubt it.

In another article today, the AP opted to simply smear the legitimate entity that is the CNTE with the term 'radical' as if the demand to not privatize the country's education and impose arbitrary testing standards to dupe the teachers syndicates out of the right to seniority were out of bounds. Who is the AP to define what is radical in México?

The crisis is ongoing, but thanks to the Mexican public in Oaxaca, the press of México, Mexicans everywhere know about the situation. A Xinhua News Agency photo exposed how the federal police entered into Oaxaca heavily armed. How ironic that the press organ for the Chinese government - an affiliation most usually think as a limiting factor - got the story right, but that the AP, based in a country with unmatched freedom of speech protections, was so ideologically bound that they couldnt even identify repression in its coverage. Expect to hear more about Oaxaca, just dont believe everything if it appears in English.