After negotiations failed to lead towards a safe environment for unionizaion, the workers decided to strike on their own terms. 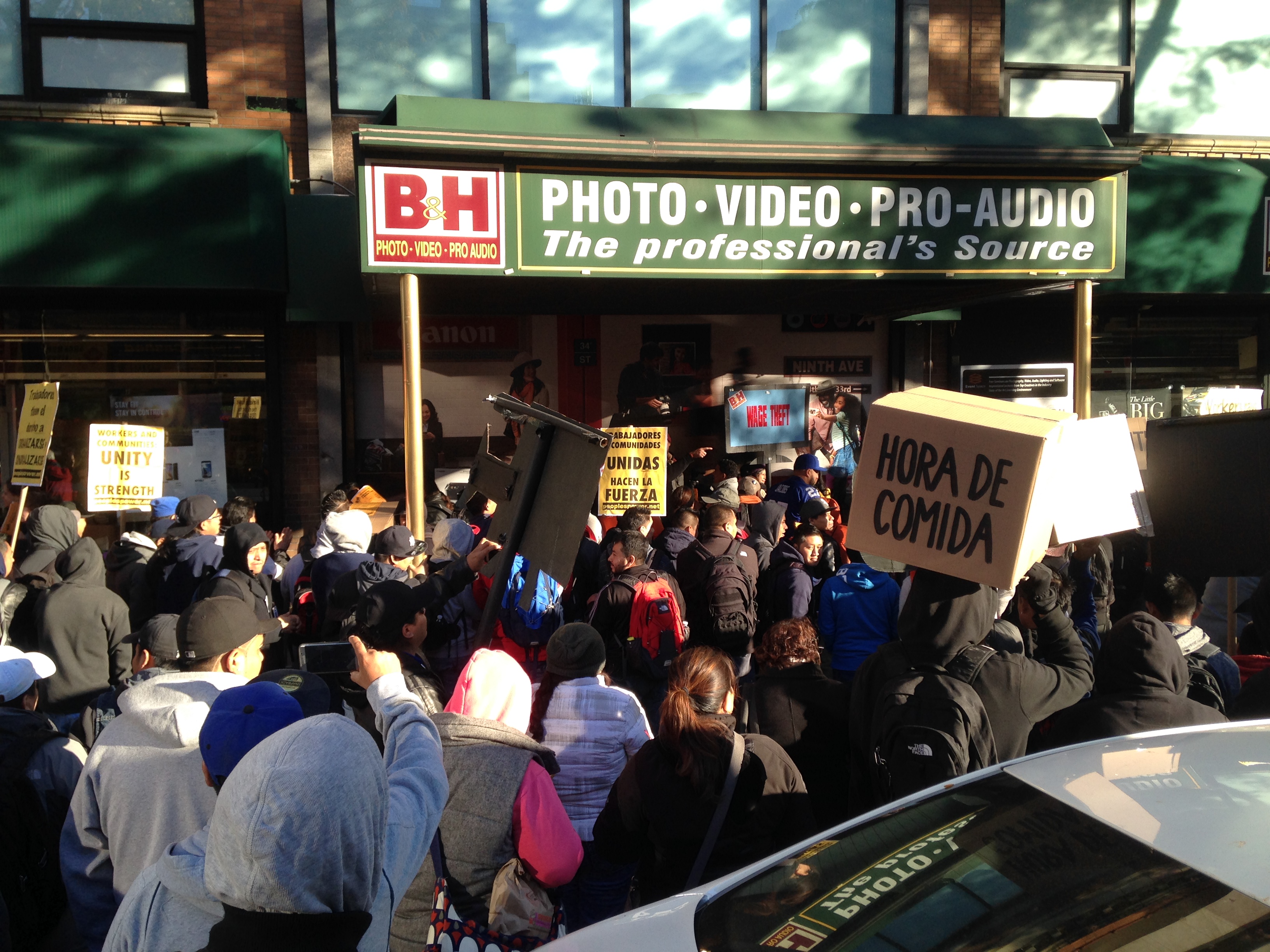 La Cartita --- On Sunday, October 18, 2015, ~ 4 pm, service workers from B&H Photography & Video decided to conduct a protest in front of the company's headquarters.  Additionally, the workers went on strike prior to the march in response to company pressure against unionization. Workers allege that B&H Photography & Video has made workers sign agreements disavowing the formation of a union in exchange for the ability to remain in their position.

Prior to the arrival of the workers on the corner of West 32nd Street and 9th Avenue, a heavy police presence could be observered already. A large NYPD van remained vigilant throughout the protest. Unmarked Chrsyler vehicles were also spotted throughout the demonstration. Two post office trucks blocked the view for the general public from accross the street, but left when more workers arrived to the scene. 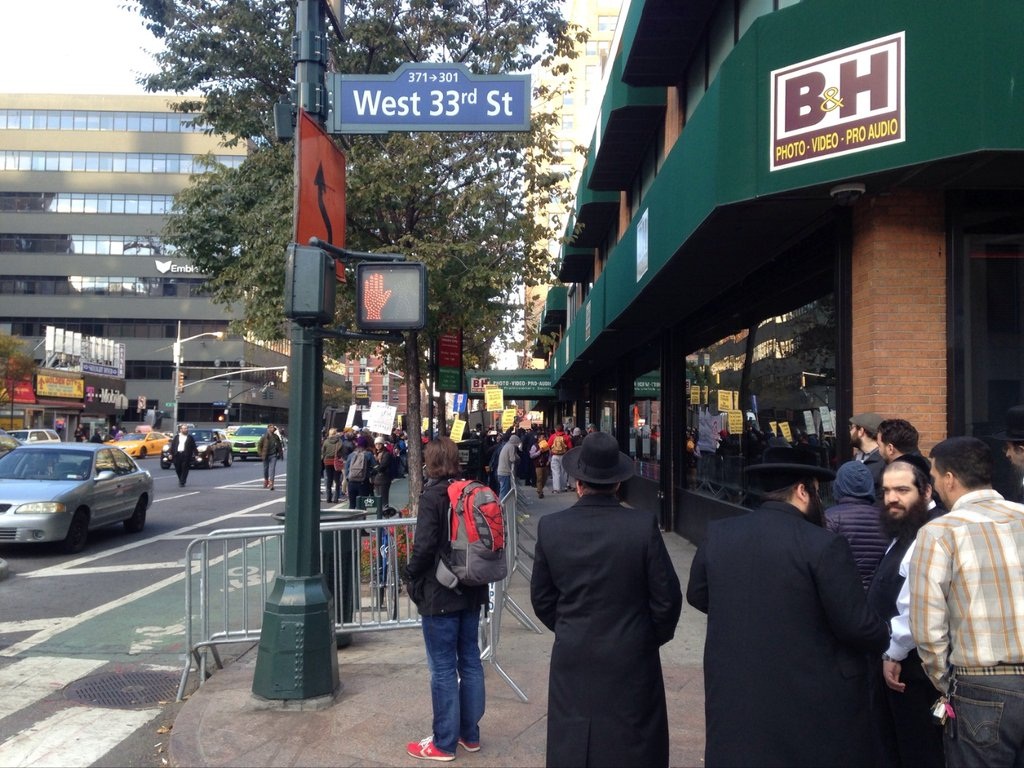 Around the corner on West 33rd Street, several B&H owners - the business is controlled by a tight knit network of family & friends who organize around ethnic lines - could be seen taking stock of the situation.