Editors Note: This article used to be called: "An Evaluation of R.Scott Moxley from The OC Weekly" (4/25/2013) edited: Jan 6, 2014; June 10, 2015), but the current editor of the Weekly blog is so annoying online that I simply altered it to the above headline. They began using the OC Weekly handle to criticize the content and misrepresent the article's arguments.

Ricardo Lezama --- R.Scott Moxley repeatedly assaults the right of people to challenge the terms of their incarceration. No matter the crime, one has the right to arbitrate and dispute the terms of a sentence. As is well known, throughout the United States, prisoners, overwhelmingly Chicano and Afro-American, face the harshest sentences the judicial system has to offer, and are heavily stigmatzed by society. They are also heavily monitored by police agencies. As a consequence, these two groups collectively form the majority of incarcerated populations. Male youths from 15-23, in particular, are subject to the greatest amount of police 'attention'. 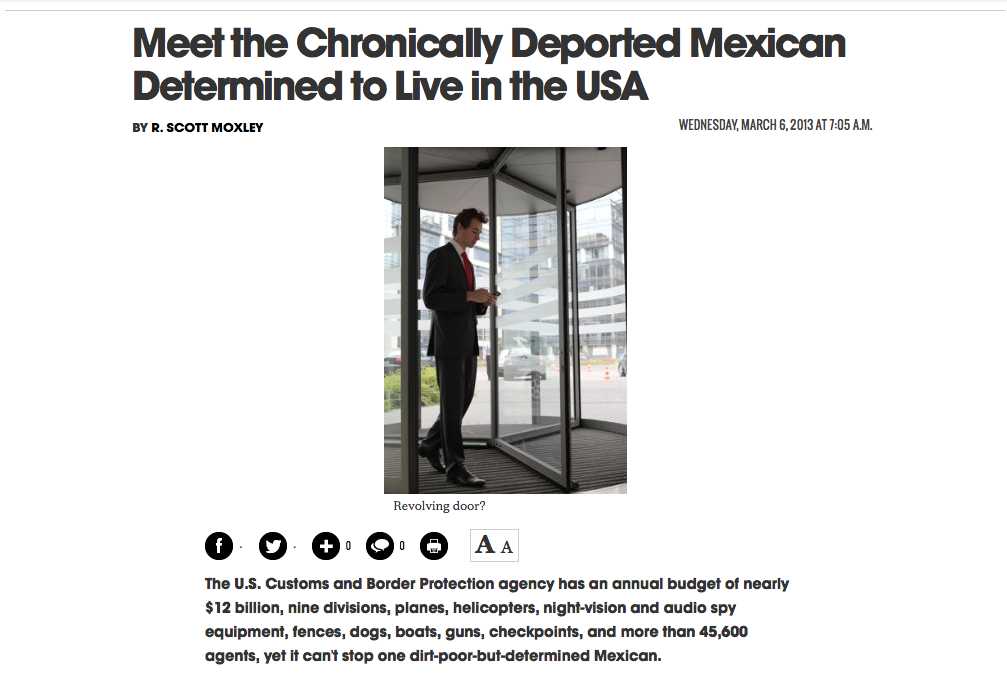 This dynamic never enters Moxley's writing. Consistently, he writes from the perspective of law enforcement and takes their information as fact. Of course, Moxley's behavior is not surprising. Overall, the OC Weekly - the 'alternative' newspaper that publishes Moxley's 'opinions' - has an editorial policy that embraces outdated jingoism when dealing with complex issues. The racism is subtle, but its there. For instance, on March 6, Moxley expressed his concern with Sergio Alcala-Sanchez's "successful" entries into the US. In this article, he adds journalistic weight to the myth that immigrants usurp resources that belong to U.S. citizens (a quite false assertion) by noting that Sanchez's was "using a taxpayer-funded lawyer" to appeal his immigration conviction.

Implicitly, Moxley purports to defend the public interests through his varied attacks on defendants. For instance, Moxley usually states "taxpayer-funded" whenever he refers to defendants asserting their rights to a fair trail by using a public defender. However, he doesn't take the time to note the massive police-state and legal apparatus arrayed against the poor, specifically, "dirt-poor-but-determined" Mexicans. The infrastructure for repressing Mexican people: private prisons, judges, prosecutors, police men, informants, and so on, is tax-payer funded too. Why doesn't Moxley also discuss the budgetary strain excessive policing causes on taxpayer funds?

Moxley wouldn't have to drive very far to look at this reality. Anaheim, the city in which a Chicano was shot execution style last year, pays its police officers a range of $60,000-100,000 per year (the base amount is calculated from job postings detailing a trainee's monthly salary to be: $5,723.47 x 12 = ~ 68000). This amounts to quite a lot of taxpayer funds! The officers command this hefty salary despite the well documented abuses Anaheim police officers have committed - Moxley chooses to ignore these very relevant facts. Instead, he focuses on the transgressions of the poor, the uneducated, women, drug addicts; Moxley writes about everyone that cant reasonably defend themselves.

He even lashes out against the victims of crime, but very selectively, of course. Just a few days ago, March 4, when referring to the murder of Manuel Orozco, Moxley also managed to call him a "teenage hoodlum". Apparently, Moxley felt justified in disrespecting the murdered teenager because he was alleged to have been a gang-member.

Straight Up Disrespect Towards Our Community

Let's think now. Let's assume this to be true (considering Moxley and the police are telling us so, it probably is not). Still, lets imagine Orozco was a gang member. Even so, he would still be a mother's son, someone's friend, and, really, just another person living in a brown ghetto. He was definitely not a "hoodlum", or, whatever subconscious racial epithet Moxley had in mind as he typed the word. As if to add salt in the wound, he even misspelled his name as "Manual Orozco".

The alleged murderer was a 14 year old boy. Instantly, common sense dictates that these circumstances call for respect to be shown to all the families affected. As for the court system, it is common practice to factor in the decision making capacities of children when they commit murder. This was the case in Riverside County where a 10 year old boy shot his father as he slept. His name was not a matter of public record. At age 12, he was rightfully, or, wrongfully, sentenced to a juvenile facility and will stay there, at most, until he is 23.

I know 14 and 10 are not identical ages, sure, but they are comparable. So, what did Orange County do to the 14 year old boy who shot Orozco, the same boy "whose older brother is a gangster and whose father was deported from the U.S. for illegal immigration" - again, what the fuck? - did they offer psychological help like Riverside County did to the boy who shot his own father? No! Orange County prosecutors tried their boy as an adult! Judge William R. Froeberg sentenced him to a "whopping" 40 years to life.

What did our police cheerleader Moxley say? After Cervantez appealed his sentence, he said the rejection of his appeal had the upshot of sending the son of someone who committed "illegal immigration" and brother of a "gangster" to a "notorious adult prison". Nothing about the human rights abuses in adult prisons emerged in his article; there just wasn't enough room in the post! Actions have consequences, however, and it follows that there shouldn't be any room in our collective minds for someone like Moxley either.


The Mexican Government Disappeared Their Kids. Now, They Torture The Parents.

Several Non Governmental Organizations are warning that deported Mexicans are in danger of being recruited into trafficking organizations.