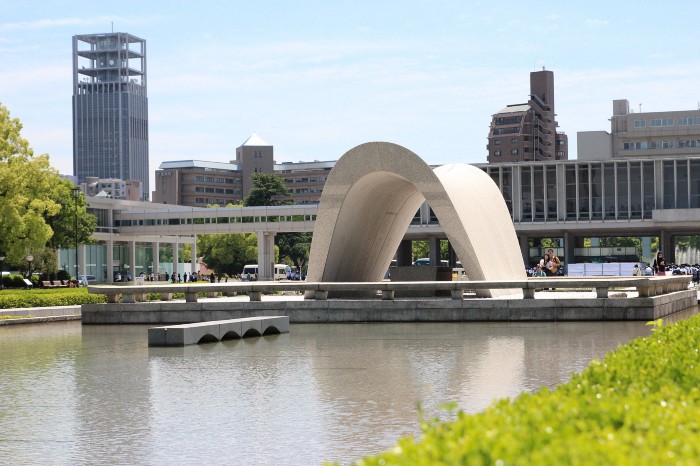 August 6th, 2020 was the 75th anniversary of the dropping of the atomic bomb in Hiroshima. In light of this moment, I believe we owe it to the victims of this atrocity to take the time to reflect on this event and what lessons we should take away from it.

When I was growing up in the US, I heard the argument in my history classes that the bomb was a “necessary evil” to end the war faster. At the time, I didn’t really question that view. Also, I don’t recall my teachers challenging that idea, or commenting on the morality of it. I just accepted it as a tragedy of war that had to happen.

My viewpoint changed significantly a few years ago when I visited the Peace Museum in Hiroshima. Watching videos of the survivors telling their stories, seeing pictures of people affected by the radiation, and seeing a beautiful, bustling city turned to rubble was undeniably one of the most heartbreaking things I have ever seen in my life. I then realized that absolutely nothing could justify what happened to the people of Hiroshima. It was pure evil. Doing that to innocent people including children, even in the context of war, is unforgivable.

Considering how dramatically my perspective changed after visiting the museum, it’s clear to me that American education is failing its youth in teaching about the atomic bomb. In a survey conducted by NHK, 70% of Americans answered that there is no need for nuclear weapons. I find it concerning, however, that 30% of respondents stated that there is a need or are undecided. Moreover, it was shown that more than 80% of Americans say they want to learn more about the atomic bomb, and that only 35% of them have heard the stories of the survivors. These figures indicate a clear lack of information, especially from the perspective of the victims of this tragedy. With better education, I bet that more people would reach the conclusion that the atomic bomb should never have been dropped on Hiroshima and Nagasaki.

The message of the Peace Museum in Hiroshima is clear: We must get rid of all nuclear weapons. The survivors, known as “hibakusha”, say that the only apology they can truly accept is full abolition of all nuclear weapons. Nevertheless, we are still living in a world where major powers claim that having nukes is “necessary” to maintain world order, and many people uncritically accept that as true. I now believe that having nuclear weapons whose sole purpose is to cause death and destruction on a massive scale can never be “necessary”. It’s just evil, and something like that shouldn’t even exist in our world.

I wish and pray for a world without any nuclear weapons. If I could fold a thousand cranes to make my wish come true, I would do it in a heartbeat. 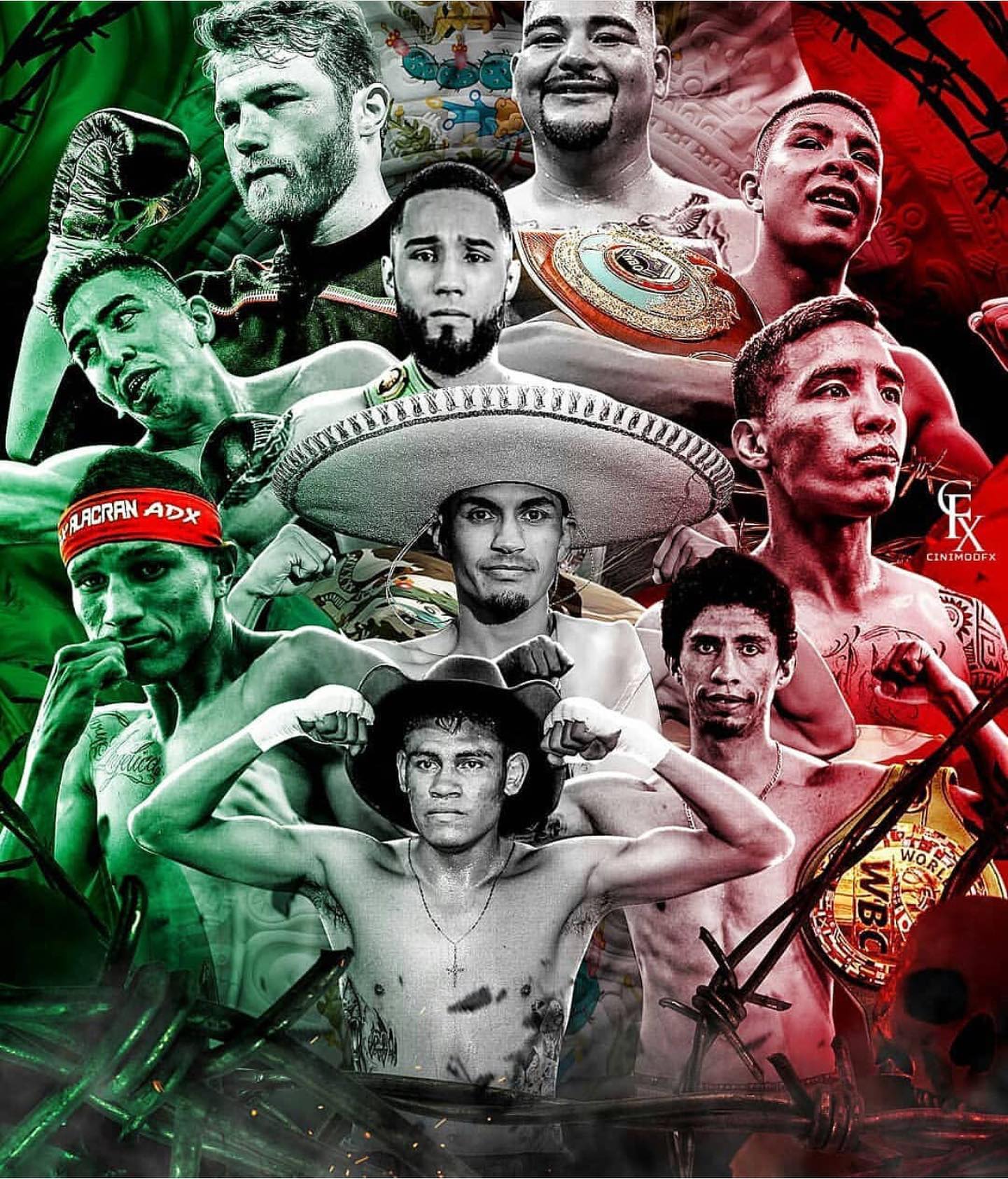 Mexico has long favoured the sport since the post-revolutionary period when individuals would box for sport and survival in boxcars formally linked to the rail lines that aided the revolution.

Ryoto Murata is Japan’s best middleweight and will not be a walk in the park for Canelo, whose making a dangerous return to the 160 weight class.

Both fighters are in their prime, with both being recognizable names in different markets and likely providing fireworks for the first few rounds minimally. Canelo may be looking to unify in the 160 lb middleweight class.

Murata was a three time olympic medalist for Japan, while he maintains a respectable record, displaying both power and finesse in his boxing. 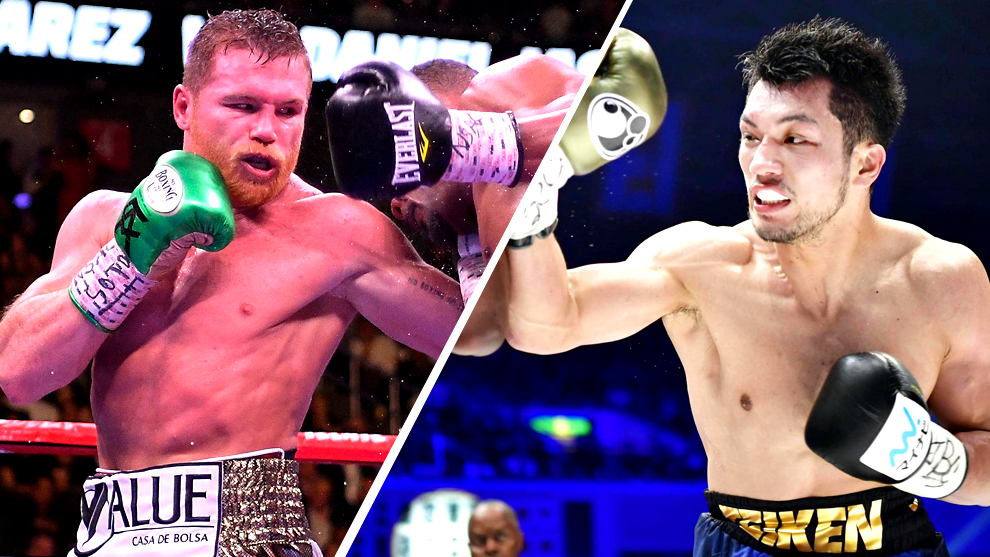 The following is a repost, edited for terminology that is now outdated e.g. we replace offensive terms, like Latino or Mexican-American with Mexican, Chicano wherever relevant, in an otherwise interesting story.

The station was filled with worried faces and hushed voices. Soon, those who gathered there would leave their lives and livelihoods behind as prisoners of the internment camps where over 110,000 people of Japanese descent—most [US] citizens—would be incarcerated for the duration of World War II. They didn’t want to leave, but they had been ordered to go.

Except for Ralph Lazo, that is. The Chicano teen wasn’t supposed to be at the station at all, but had volunteered to go. The person who took down his information in early 1942 had seen his brown skin and assumed he was Japanese, too. “They didn’t ask,” he told the Los Angeles Times later. “Being brown has its advantages.”

Lazo was about to become the only known person of non-Japanese ancestry who volunteered to live in an internment camp. What some saw as a years-long ruse or proof he sympathized with the enemy in World War II, he saw as an act of solidarity.

By 1942, the teenager had experienced discrimination himself—and those experiences often overlapped with those of people of varying racial and ethnic identities. He was born to Chicano Mexican-American parents in a black hospital in Los Angeles in 1924, a time when segregation based on skin color also extended to Mexicans Latinos. He saw other discrimination on a Native American reservation in Arizona, where he lived and went to school briefly during his childhood.

The neighborhood in Los Angeles where Lazo spent most of his childhood was home to people of all sorts of nationalities and ethnic identities. And as a teenager, Lazo watched in horror as his friends, the Japanese American children of Japanese immigrants, were discriminated against. After the Japanese attack on Pearl Harbor and the United States’ entry into World War II in 1941, that discrimination snowballed. Lazo’s friends were told that their parents were enemy aliens and that they were the enemy.

At the time, Lazo was a high schooler. But he had read about evacuation orders in the newspaper, and was shocked when a neighbor, using the racist language of the day, told him he had “jewed down that Jap” after purchasing a lawnmower from a neighbor who was trying to sell all of his possessions before heading to an internment camp.

That experience was fresh in Lazo’s mind when a Japanese American friend playfully asked him what he’d do without all of his buddies and suggested, “Why don’t you come along?” So he did.

Lazo told his father he was going to camp, but was evasive. By the time he arrived at the Manzanar War Relocation Center, it was too late—and his father did not ask him to come home.

Manzanar was one of the 10 camps where Japanese Americans spent the war. Located at the base of the Sierra Nevadas, it was prone to dust storms that swept through the flimsy barracks. Lazo would come to hate the brutal summer heat and the frigid winter temperatures there.

The camp offered few comforts, but some of Lazo’s friends were there. He attended school and got a job delivering mail around camp. He also forged lasting bonds with Issei (first generation Japanese) internees, who looked after him until he moved into a friend’s barracks. At Manzanar, Lazo studied Japanese, threw parties for his friends, planted trees and even became class president. “Ralph was by far the most popular student in our Manzanar High School class,” former internee Bill Hohri told the Los Angeles Japanese Daily News in 1992.

The presence of spouses meant there were other non-Japanese people at Manzanar, but Lazo was the only one there out of solidarity. He did leave the camp twice: once to appear before a draft board, once to represent Manzanar’s YMCA at a Colorado conference. The draft board trip was bitterly ironic: most Japanese Americans, even citizens, were not eligible for the draft, and Lazo could leave the camp and return at will. The trip was tainted by bias, too: In Colorado, Lazo recalled, his group was refused service at a Chinese restaurant.

In August 1944, after two years at Manzanar, Lazo was drafted into the Army. Though his goal was to attend the Military Intelligence Language School, an Army program that taught Japanese to second-generation Japanese soldiers and trained them to use their language on the ground as translators and intelligence workers, he ended up fighting in the Pacific Theater instead. And his story made the national papers. “I did not believe that my friends of Japanese ancestry were disloyal to the United States,” he said.

Over the years, Lazo maintained his close ties to the Japanese American community—and his conviction that internment had been a mistake. “Internment was immoral,” he said. “It was wrong, and I couldn’t accept it.”

He was one of just 10 donors to give $1,000 or more to the lawsuit that kicked off the years-long movement for redress for those interned during the war. Eventually, people of Japanese ancestry who had been interned in the camp were paid $20,000 and given a letter of apology by the United States.

World War II was a defining moment for both Chicano Mexican-American and Japanese American communities, writes historian Greg Robinson, and significant interactions between both groups in urban settings meant some shared a sense of outrage over Japanese American internment. Nonetheless, Ralph Lazo is still the only known person without Japanese ancestry—Chicano Mexican American or otherwise—to go to the camps in a non-spousal capacity.