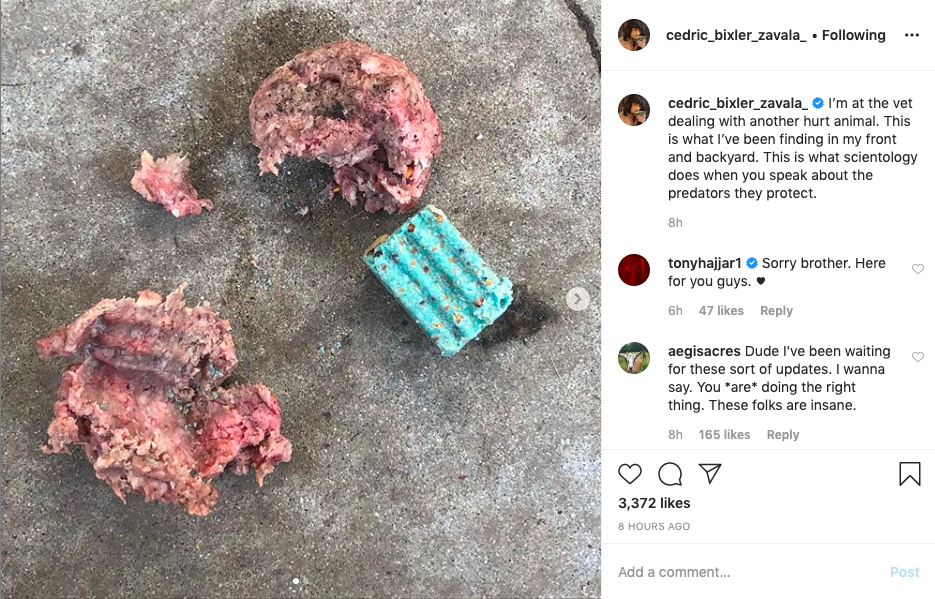 Only Carnell-Bixler has gone public with her allegations, but these were (eventually) taken more seriously after much advocacy from her musician husband and public outrage (Source: Time).

The series of allegations were deemed serious enough for the actor to be dismissed from the Netflix show ‘The Ranch’ in 2017.

On Instagram, Cedric Bixler Zavala (family man/singer for At The Drive In and Mars Volta) showed a piece of meat wrapped in a well known rat poison that his dog ingested. According to the singer, the meat was placed by someone linked to the Church of Scientology for the dog to find and eat. The practice is not uncommon as other COS related victims have claimed similar treatment from private investigators (Source: CBS). Even journalists have claimed retribution.

The poison was also found and documented by the singer.