La Cartita (8/18/2017) —-- According to Bloomberg, an application called Pig.Gi is generating data for electoral use in Mexico's upcoming presidential elections. The surveys ask participants their opinion on a variety of topics. This includes their potential vote, perception of presidential candidate and also inherently gathers data on other habits pertaining to geolocation, phone use or other relevant meta-data. These data points become the basis under which further surveys and targeted advertising are tailored and honed for participants. The main operative for Cambridge Analytica in Mexico is Britney Kaiser.

The surveys conducted through this application pertain towards political opinions. Specifically, users are asked what their views are regarding Andres Manuel Lopez Obrador, the opposition candidate, Margarita Zavala, a potential PAN candidate, and potential PRI candidates.

Opinion: Nothing is free in this world.

This application will generate valuable data that allows for disingenous people to shape popular opinion. The data is valuable in so many intangible ways that the consequences may be far reaching outside of its intended purpose. Therefore, even if users are compelled to be benign, we advise to steer away from political opinion sourcing applications. 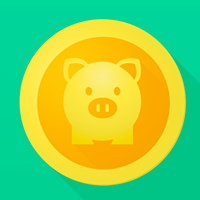 Teenage Students March Across the Country To Plead For Gun Control